PRE-TAX profits at the Irish Stock Exchange (ISE) dropped by almost €1 million in 2011. Although it achieved higher revenues, these unfortunately were offset by actions taken to deal with the company’s pension difficulties. 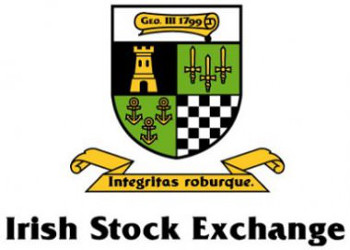 ISEQThe ISE said that for the year to the end of December 2011, profits before tax came in at €4.6m down from €5.5m the previous year.

This 17 per cent drop in earnings was a direct result of an exceptional charge of €2 million which the firm took as it began to re-organise the company’s pension scheme.

Like virtually all other companies, the ISE was forced to close its defined benefit scheme last year, replacing it instead with a defined contribution scheme. On the flip side, revenues climbed 4 per cent year-on-year to €21.3m.

The ISE generates up to two-thirds of its revenue from listing international funds and various debt instruments. What’s termed the 'primary market' business delivered €13.7m of group turnover in 2011, which was virtually unchanged from the previous year.

The difference with the ISE and most other companies, however, is that the key metric for the stock exchange is generally considered to be the number of listings on the exchange.

A spokesperson for the company commented that ‘The impact of challenging conditions in international capital markets remains a factor in the level of fund and debt securities listings on the ISE's markets’.

During 2011 trading volumes in stocks and shares jumped 14.2 per cent, but alarmingly, the company’s turnover in Irish government securities for the full year was down a substantial €62bn on 2010.

The ISE said it now expects a ’marginal decrease in income’ for 2012.