Star of 2016 award won by Applegreen 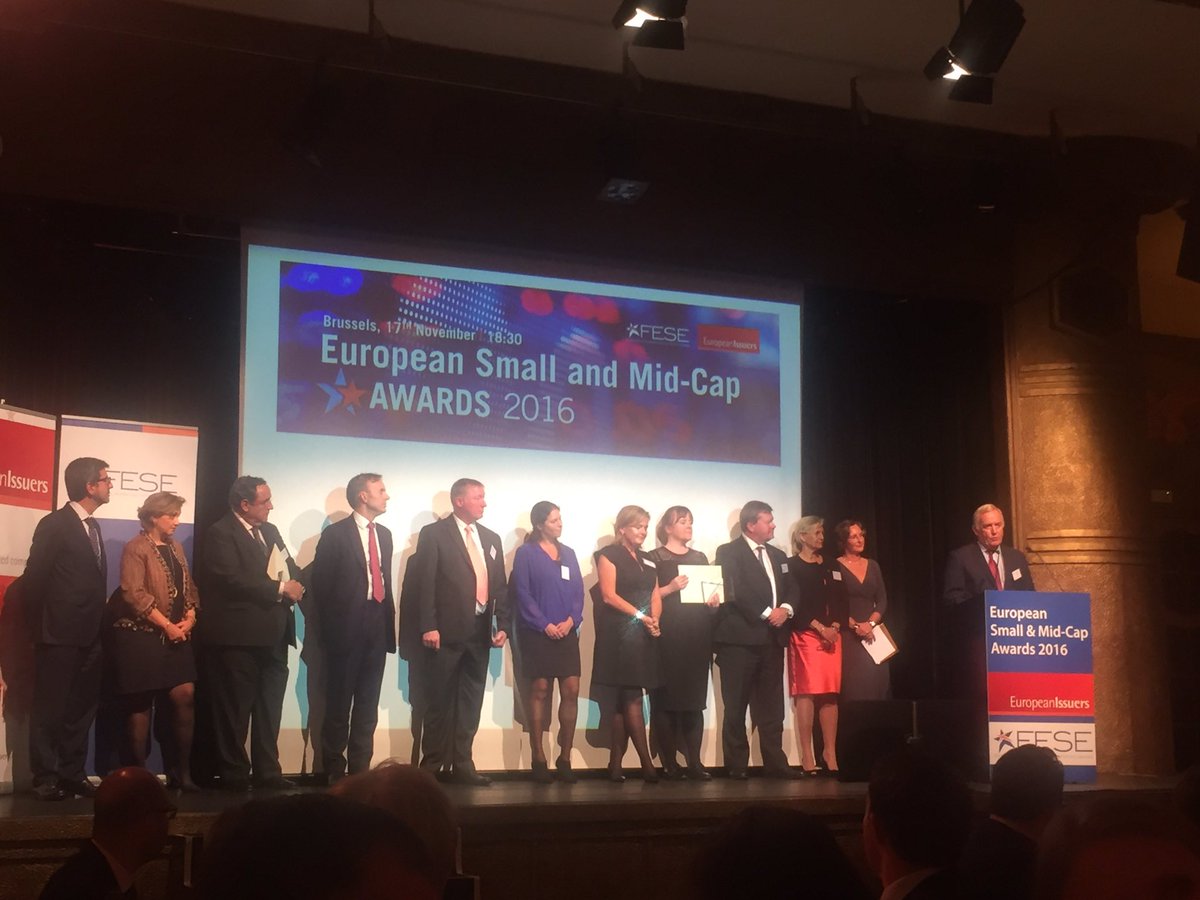 Applegreen, the #1 motorway service area operator in the Republic of Ireland, has won the prestigious “Star of 2016” at the European Small and Mid-Cap Awards. Applegreen beat off stiff competition from the two other companies shortlisted by the independent jury - Northern Ireland-based Kainos Group plc and Spain’s Inclam Group plc to take the Award in Brussels.

As the winner of the Star of 2016 Award, Applegreen is considered to be an exceptional performer in its sector and a responsible corporate citizen. In selecting the winner from newly-listed mid-cap companies across Europe, the judging panel also looks for a company that:

Speaking at the Awards in Brussels, Deirdre Somers, CEO of the Irish Stock Exchange and President of the Federation of European Securities Exchanges (FESE), said,

“This is a fantastic achievement for Applegreen. These Awards are coveted by newly listed companies throughout Europe and their exchanges. They are only awarded to companies with exceptional leadership and potential for growth. As CEO of the ISE and President of FESE it is a very proud moment for me to see an Irish-listed company crowned the Star of 2016.”

Bob Etchingham, Applegreen’s CEO, who accepted the Star of 2016 Award on behalf of the company said,

“We are so thrilled to win the Star of 2016 European Small and Mid-Cap Award. Listing on the Irish Stock Exchange has been a hugely positive experience for Applegreen. Our IPO in June 2015 enabled us to raise funds which we have used to expand in Ireland, the UK and the USA. Our listing has increased our profile and importantly, diversified our shareholder base internationally. Some illustrious companies were eligible for these Awards so it is a huge honour for our team to be recognised as being one of the best newly-listed companies in Europe.”

Orla O’Gorman, Head of Equity at the ISE, who attended the Awards ceremony, said,

“We are so proud to see Applegreen win this international SME Award. It is a testament to Applegreen’s management that the company has been recognised as an exceptional performer in its sector, a responsible corporate citizen and a company that stands out from the crowd among newly listed companies in Europe.”

Applegreen, which also has a significant and growing presence as a petrol forecourt retailer in the UK and has established 11 sites in in the US, raised €70m on its initial public offering (IPO) on the Irish Stock Exchange (ISE) in June 2015.