Good start for the Iseq with a 2 per cent gain on Tuesday January 3rd, 2011 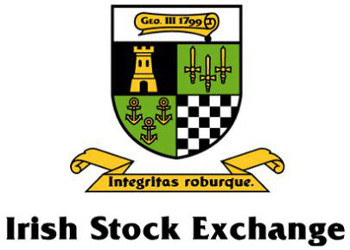 Irish airlines were among the top performers after it emerged that Emirates had bought control of a UK online flight and hotel reservations firm, leading to speculation that this may lead to further expansion into Britain and Ireland.

Ryanair rose a healthy 4.2 per cent to close at €3.78, while rival Aer Lingus rose by nearly 4 per cent to come in at 66 cent at the close of business.

Packaging giant Smurfit Kappa finished the day up 3.85 per cent at €4.85 a share based on news that it had secured better prices for containerboard.

Building materials company Kingspan rose 3 per cent to €6.55 after it was reported in the German media that it had expressed an interest in buying a company in that country.

Investors in FBD show faith in the company as the insurer rose 3 per cent to €6.70 despite recent news about the sale of its insurance brokerage business.

The only notable casualty on the day was financial company IFG which closed 4.8 per cent lower at €1 a share.

Bank of Ireland, the only Irish bank left on the main Irish market rose 3.66 per cent to 8.5 cent despite the Central Bank lifting the ban on short-selling. This move could have affected Bank of Ireland’s performance but appeared to have little or no effect.