Euro rates fixed – but for how long? 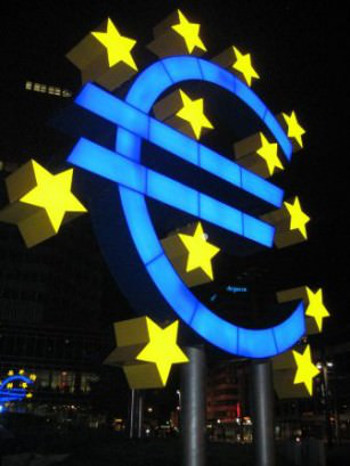 The European Central Bank (ECB) has kept rates at 1 per cent despite growing concern about creeping inflation in Germany and high consumer prices throughout the euro zone. Add the impact of pumping €1 trillion of ECB liquidity into Europe’s banks and some analysts predict its president, Mario Draghi, will have to reverse last years cuts earlier than anticipated.

The euro zone inflation figure for March was 2.6 per cent – higher than expected and primarily driven by higher oil prices. But since most of Europe’s recovery is export led, any increase could cause damage given that the ECB rate outpaces that in the UK, Japan, and the US.

A key deciding factor, however, will be Germany which historically is fixated on controlling inflation. If the Bundesbank believes inflation is a threat to price stability it may push for rates rise sooner rather than later.

Some observers think pressure now needs to be put on Germany to reign in its over stimulated economy through fiscal measures before any decision is taken on rates in general.

A move up would be a disaster for countries like Ireland – but then we are not the powerhouse of Europe. In fact at this stage it would appear that we don’t even count any more!