And so, This is Christmas – part Three

And so, This is Christmas – part Three

This week I’m taking a small departure from Christmas hits. Yes, you can see them below, but before that I want to ask you for money. Not for me, I hasten to add, but for little Lily-Mae.  Lily-Mae Morrison is a four year old girl from Claregalway in Co. Galway who was diagnosed with stage 4 Neuroblastoma last summer - a very dangerous form of cancer which affects one in every 100,000 kids here.  At this stage the disease has spread to other parts of the body such as distant lymph nodes, the skin, including bone marrow, as was the case with Lily-Mae at the time.

Four year old Lily-Mae only developed the disease this year and it has developed so fast that she now has stage four.  Her chance of survival is at best 30% to 40%.  Further treatment however is available in Europe and also in the US where it comes with a very expensive price tag!

After the operation she will now be placed in isolation for up to 10 weeks as she undergoes punishing periods of radiotherapy and chemotherapy.  Just imagine your four year old child being put in isolation for that length of time.  Unconceivable!

Her mum Judith Sibley told of her delight at the success of the operation, which saw 97% of the main tumour removed. However, she said that the battle was only beginning.  Even after treatment, the cancer returns in 70% of cases, at which stage it is generally considered untreatable.

Lily-Mae and her parents, Judith and LeightonLily-Mae’s parents, Mum Judith and Dad Leighton, are both self-employed ballet dancers and choreographers who also have a two-year-old son Evan.  But they can no longer work as they must bring their little girl into Our Lady’s Children’s Hospital in Crumlin, Dublin every seven days for treatment.

The Sunni-Mae Trust was launched to raise funds for Lily-Mae’s treatment in July - and has already raised €80,000 to date.  Close family friend and RTE cameraman, Stephen Macken, stepped in. He convinced a huge array of Irish stars to record a song for Lily-Mae, Elton John’s 1971 Classic hit, Tiny Dancer. 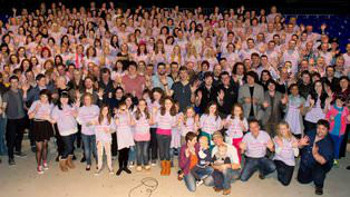 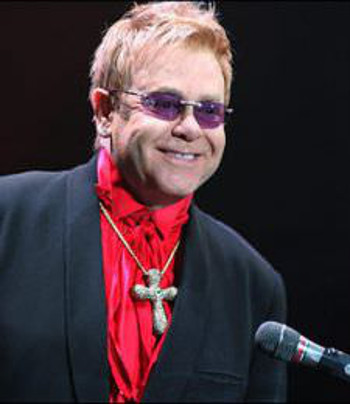 Lily-Mae’s parents hope to raise €1million.  You can follow this brave little girl’s progress on her Facebook page http://www.facebook.com/asongforlilymae and also on http://www.asongforlilymae.org/

As a father of two great kids (who are now grown up), my heart goes out to Judith and Leighton. I never heard of Neuroblastoma and I want to make people aware of it and Lily-Mae.

Lily-Mae likes the colour purple and dinosaurs, and particularly likes purple dinosaurs. She also likes fairies and, more often than not, imagines herself as one.  She would like to 'magic' the pain away but there's no magic in the real world and as a trainee fairy, she finds this a little bit confusing.

Let’s see if we can knock the X Factor winner off the top spot this Christmas.  Simon Cowel’s made-up plastic pop stars will live for another day.  Lily-Mae may not.  We have to bring Lily-Mae and Neuroblastoma to world attention and raise €1 million for the Sunni-Mae Trust and the Neuroblastoma foundation.
You can buy the single here
https://itunes.apple.com/ie/album/tiny-dancer/id576441815?i=576441894.
It’ll cost you just €0.99.

Now, lets move on to this weeks Christmas songs.

Kimberly at Ingersol Rand in Dublin and Marion at Global Competence asked me to include The Coventry Carol by Alison Moyet.  This carol goes back to the 16th century and the composer is unknown.  However, writings have been found by Robert Croo dating back to 1534 and the melody dates to 1591.  Alison has accompaniment on her version and it is also sung a cappella.

John O from Sydney asked me to put up The Merry Christmas Polka by Jim Reeves. I couldn’t find any background information on this song, so here is the video.

Dick mentioned a song that irritates him and I have to say I agree. ‘I want a Hippopotamus for Christmas’ is one to be avoided, but you decide.

Jean suggested Frank Kelly’s 12 Days of Christmas. I have to agree, it’s a brilliant parody.

Marian suggested another annoying song by Frank Sinatra, ‘Oh, by gosh, by golly / It's time for mistletoe and holly’

Tim suggested one for his wife, "Mary Did You Know?"

Tom in New York suggested ‘The Christmas Song’ by Nat King Cole.  You will recognise it by the opening words ‘Chestnuts Roasting on an Open Fire’.  This song was written in 1944 by Bob Wells and Mel Torme aka The Velvet Frog.  The song was written in just 40 minutes.  NKC recorded it in 1946.

Tom T asked for ‘Oh Holy Night’, which we did last week.

Colleen in New York asked for ‘How Great Thou Art’.  This was written in Sweden in 1885 as a folk song and turned into a hymn when it was played on the BBCs Songs of Praise.  It was translated into German, Russian and English.

Brian in Atlanta asked for Sleigh Ride.  This was written between 1946 and 1948 as an orchestral piece and was first recorded in 1949 as a 78rpm.  Can anyone remember them?