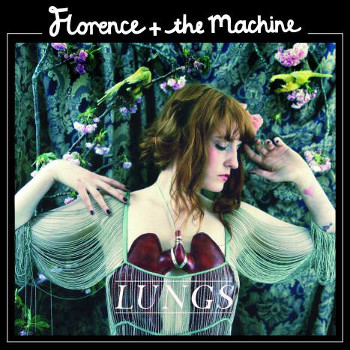 ”, first came to attention in 2009, and, like a deer in the headlights, startled us all. I cannot begin to describe my undying love for this woman. She brings to us a new sound that mixes so many different genres together, a sound that is extremely difficult to perfect – yet here she is, doing everything we thought no one could do.

Born in Camberwell, Welch’s music interests were influenced greatly by her father. His teachings would soon lead Welch, along with her line-up of artists and musicians who help her carry her performances, to begin making music of her own.

She came to us during July 2009, when she released the first single, Kiss with a Fist, from her debut album Lungs. This album, much to Welch’s surprise, turned out to be an almost immediate success, peaking at No. 2 on the UK Singles Chart, where it stayed for five consecutive weeks. In January of 2010, the album finally hit the top. It is now one of the best selling albums of 2009 and 2010. This album and its success were greatly influenced by Welch’s temporary split from her then-boyfriend. Much of the potency from Lungs came from the release of the singles Cosmic Love and Dog Days are over. These upbeat songs were both featured in many different US and UK movies and television shows, gaining Welch much needed media coverage.

In 2010, Welch decided it was high time she began writing again. She set to work on what she claimed to be a much darker sound for her upcoming album, and she was not lying when she said this. Her second album, Ceremonials, certainly included a lot more bass and heavier rhythms, but at the same time she managed to keep the same magical tone. The debut single from the album was titled What the Water Gave Me. It had 1.5 million YouTube views within two days, and set the tone for the release of the second single, Shake it Out, which also proved to be successful. This is only the start for Welch, it seems.