Terry adamant that he only used the offensive term sarcastically 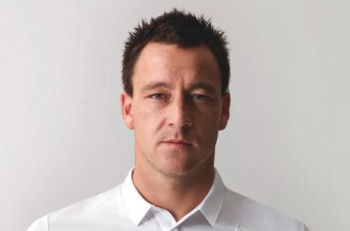 john-terryChelsea captain John Terry has been charged by the FA in England with racially abusing an opponent during a Premier League match last October. The development comes just three weeks after he was cleared by a court of the same offense.

The FA is quoted as saying that it had considered all the evidence from the trial before charging Terry with directing abuse at Queens Park Rangers defender Anton Ferdinand.

Terry commented that he denied the charge and would be requesting the opportunity to attend the commission for a personal hearing.

The exact charges against Terry are for using “abusive and/or insulting words and/or behaviour towards Anton Ferdinand, contrary to FA rules.” The FA also said: “It is further alleged that this included a reference to the ethnic origin and/or colour and/or race of Anton Ferdinand.”

During his recent court case for the same incident, prosecutors claimed that Terry snapped in response to insults about an alleged extramarital affair made by Ferdinand.

However, Terry was adamant that he only used the offensive term sarcastically to counter the profanity he claims Ferdinand was accusing him of using.

The magistrate who ruled on the case at Westminster Magistrates' Court said in his judgment that Terry's explanation was "certainly under the cold light of forensic examination, unlikely."

However he found the Chelsea captain not guilty of the offence after deciding it was "impossible" to be sure what the defender said.

Although the FA had already interviewed Ferdinand and Terry over the incident, it had to suspend its investigation until a police investigation and the subsequent trial were completed.

If the FA charge against Terry is proven then the likely outcome will be a lengthy match ban and fine at least similar to that which was dished out to Liverpool forward Luis Suarez. He was banned for eight matches last season for racially abusing Manchester United defender Patrice Evra.