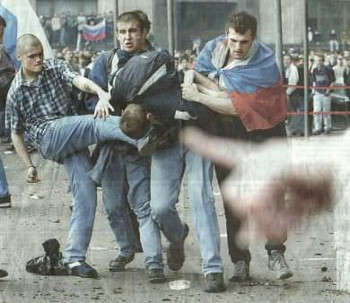 News just released from the UK home office confirms that football hooliganism in England and Wales is significantly down. And the statistics released seem to bear this out with a 9 per cent drop in arrests at matches during last season.

The UK home office is responsible for security and one of its functions is to tracks arrests and hooliganism figures. The actual figures released by them on December 23rd, 2011, show there were 3,089 people arrested at football/soccer matches in England and Wales during the 2010/11 season, which is a reduction of 302 compared with the 2009/10 season.

For over 20 years now the UK police, government, and all the football clubs themselves, have been devising programmes to reduce football hooliganism and violence in the English game, deemed the 'English Disease'.

Although this problem is not confined just to the UK but to at least a dozen or more other countries where football is a major sport, it is due to the severity of hooliganism in the UK that have made them leaders in combating it. On the UK’s Home Office website Crime Prevention Minister Lord Henley acknowledged more work still needed to be done.

"Football policing is a real British success story," he said. "Where hooliganism was once described as 'the English disease', we now set an example for others to follow. But we are not complacent and we will expect to see England fans continue their good behaviour at next year's European Championships, where the eyes of the world will be on them once again."