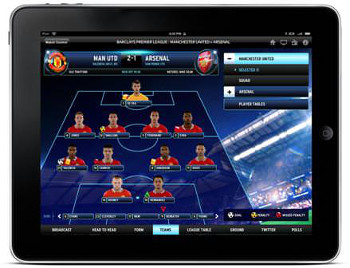 The update is designed to enable fans to receive in-depth information and statistics about matches, teams and players around Sky Sports’ coverage of the new Barclays Premier League season.

“We know that Sky Sports customers want the latest stats and facts about their favourite teams and players, and the new Football Match Centre within the Sky Sports for iPad app does just that. With over half a million downloads since launch, we hope that the addition of a football second screen experience to the iPad app will continue to excite fans, providing an intuitive and innovative way to follow the match included  as part of their Sky Sports subscription. The update builds on the success of the Formula One and Masters second screen experiences which add more depth to a viewer’s enjoyment of our linear channels. ” 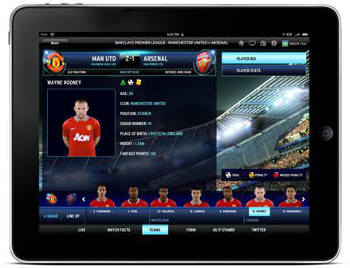