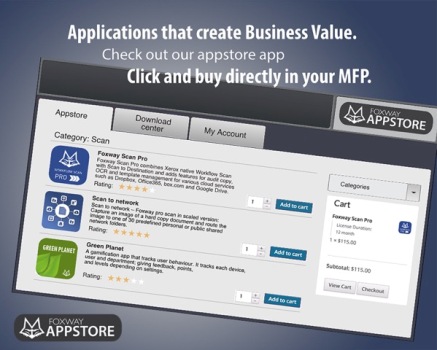 These apps have been designed to create quick shortcuts, integrate the printer to the cloud, connect the user to the service-desk, ask for supplies, or automatically send a service request.

The apps are now ready to download from the Foxway Appstore.

Many of the apps are free, with premium apps available for a 30-day-trial period.

Foxway was announced as a Xerox PAB Authorised Developer in September 2014.