I was at a conference on Saturday last at which IBM gave a presentation. I spoke with the speaker afterwards and discovered that IBM is always looking out to buy relevant companies and have also sold a few, including their ThinkPad to Lenovo.

I also found out that they have signed an agreement to acquire Irish social enterprise management (SEM) company Cúram Software. I don’t know the price but last year (2010) Cúram Software had a turnover of €59.4 million, which was down from €78 million in 2009.  Chief Executive and co-founder John Hearne said the company was on course to have revenues of €86 million ($100m) in 2011.  This could mean the deal may have been worth at least $150 million as industry analysts suggest enterprise software companies like Cúram are being valued at 1.5 – 2.5 times their revenues.

Cúram have their headquarters in Dublin with offices in Washington DC, Canada, UK, Australia, New Zealand and India.  The company employs over 600 people and is rapidly expanding to meet the growing needs of customers and partners.  Cúram generated a pre-tax profit of $8.2 million last year.  In 2000, IBM provided loans of $4.1 million to Cúram, then known as IT Design, to facilitate its entry into the US market, but this has since been repaid.

According to their website their products are used by more than 80 government agency projects around the world, among them the UK Department of Work and Pensions, New York City, Indiana, New Zealand, Utah, North Carolina and four Canadian provinces amongst others. 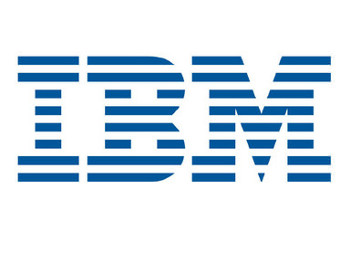 It goes on - “Cúram Software pioneered and continues to evolve the concept of Social Enterprise Management (SEM), earning it the respect and trust of industry analysts – including Forrester Research and Gartner, technology partners, and more than 80 national, state, provincial, and local government agencies worldwide.  The gold standard for SEM, our solutions – which are built to address the specific requirements of social enterprises – consistently outperform horizontal applications adapted to this unique market.”

They employ 700 staff in 9 countries (with 300 in Dublin) and hope to reach 170 countries as a result of this deal when it finalises later this month.  Hearne said that it was "a very exciting day for us, the acquisition was a very good strategic fit”.

The presentation also included talks on Smarter Cities.  The Smarter Cities Technology Centre is located at the IBM Technology Campus in Mulhuddart, where a highly skilled and cross-disciplinary team help cities around the world better understand, interconnect and manage their core operational systems such as transport, communication, water and energy.  Peter O'Neill, Chief Executive of IBM Ireland, said that this was a significant deal which in conjunction with the Smarter Cities development centre shows IBM's commitment and investment in the sector.

Frank Ryan, CEO of Enterprise Ireland said that the Cúram deal will show entrepreneurs here and around the world that "there is an ecosystem in which, from small beginnings, great things can happen".

One of the objectives of Cúram was to bring software expertise to the Smarter Cities programme and to ensure that existing customers were comfortable. Craig Hayman added that building the abilities of the company without losing the integrity of the products was primary focus for IBM.

This story shows that if a company defines its objectives well and develops strategies to achieve them, they can achieve them.  Well done Cúram.